An early taste of spring followed by winter's last hoorah?

First of all I'd like to apologise for the lack of content that's life for you, but let's just get into it; this blog post will look at spring-like conditions this week and beyond with these conditions unlikely to hold, is winter finished with; or is there a sting to its tail? Read on to find answer. After a lacklustre winter promising so much background signals et al, although, I'm sure many in Southern Central England enjoyed witnessing biggest snowfall since 2010 despite no impressive cold and in situ and of NW origin. Attention increasingly draws to Spring; easter bunnies and all that shenanigans with gathering warmth of sun's rays for many comes as a relief as we move away, from often, dark and dreary season that is winter.

After a very unsettled period of weather in which we were bombarded by low pressure barrelling across Atlantic with only second named Storm Eric which brought widespread gales and drenching rains, although rather tame. In contrast winter 13/14 had over twelve major wind storms, notable has been clear absence of stormy weather courtesy of subtropical ridges from Azores extending unusually north. With polar jet shifted to north of UK and has derailed several easterly cold spells despite macro-pattern being good.

After a rather cool feeling Monday with a weak northerly airstream, we lose the chilly wind with Azores high poised to move in imminently, cutting of chilly flow with positive heights anchored over Central Europe this week. Bringing the first unseasonably mild conditions of 2019 to Europe most anomalous mild conditions to be seen in northern Europe on Friday GFS has 850hPa temps this is roughly 1500 meters up, 16C above norm in south of Finland.

This ridge of high pressure will introduce much 'warmer' airmass however will not remotely carry characteristics of a 'Spanish plume' with southerly winds prevailing this week. In summer time temperatures would have soared to low 30s in south of England alas it is far too early for that. However, there will be plenty of sunshine in which it will feel quite warm across England and Wales but do note early in day likely to be chilly with frost risk. Generally temperatures will range from 11-13C perhaps 14C in the capital. Areas further N and W Scotland, NI and Ireland will be more vulnerable to cloud and drizzly conditions with more of a moist southwesterly component. The foehn effect is likely to result in highest temperatures in mountainous regions of North Wales and North Scotland where a localised 16C is achievable. The peak of this mild spell countrywide is expected on Thursday.

Although do make the most of it this proper taste of spring is unfortunately expected to be fleeting, a breakdown from W will initiate on Saturday first across N/NW parts and by Sunday all areas will be subject to a more cyclonic westerly flow. With much more in way of cloud and temperatures nearer to seasonal norm although still quite mild perhaps it won't feel it. 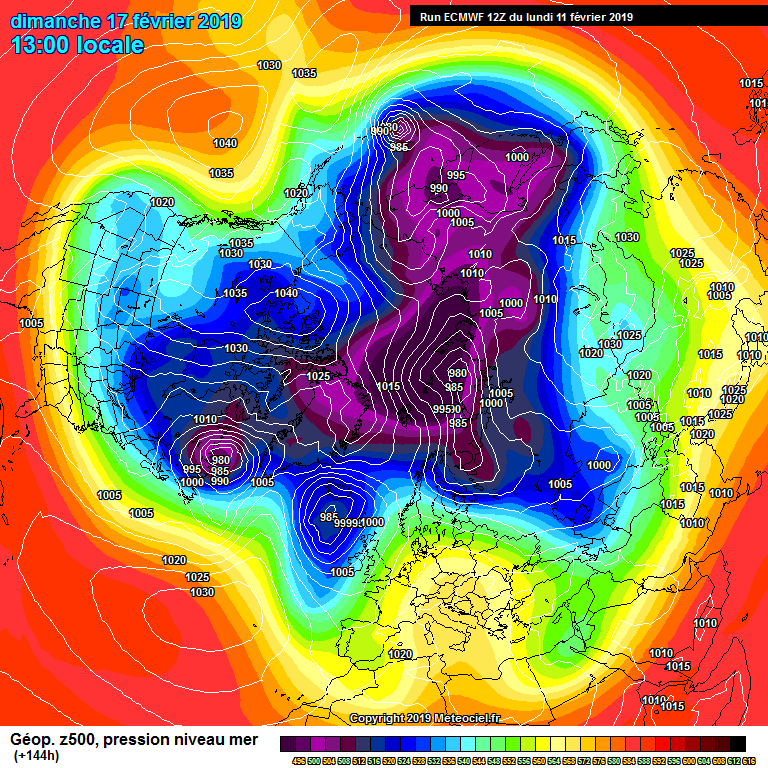 The expectation into next week is for weather to start more unsettled with the spring-like conditions of this week a far cry although by no means is a wet period being signalled just less in the way of high pressure. Something which has grabbed my interest is current sea surface temperature anomalies (SSTs) through Atlantic basin; this winter, waters south of Greenland have been cold. This has recently reversed there are papers which show a greater correlation with -NAO with above average SSTs in this region, this means an area of blocking high pressure to north of UK which deters milder airflows and more often than not UK can see colder conditions, notably so in the case of 2018 infamous beast from the east. What's been notable this winter is clear lack of -NAO despite background signals/NWP suggesting otherwise. I would say there is great scope going into March for a wintry pattern -NAO pattern, although be aware of a lesser significance than mid winter. Furthermore what can be drawn, it seems going into spring a greater emphasis for a more southerly tracking storm track/ jet stream this is not good if you are after settled Spring.

I am of the opinion the weather will turn more settled mid week so a short period of wet and blustery weather for NW parts especially. With another blocking high likely to fill in vacuum but this may bring decidedly different weather at first it may be mild but it is conceivable we could see a cooling trend. A blocking high to north/northeast has been glanced at NWP and does reflect with pacific forcing which has an influence on our weather, MJO phase 8 this is a cold blocked phase for NW Europe the below chart is representative of what's possible.

Low risk for now but the possibility of drawing in much cooler east winds in final week of February into March. I do see a cold spell in next few weeks certainly not forecasting something exceptional, although with a chance of settling snow possibly anywhere. Atlantic intrusions may deliver more substantial snow to lower levels. I do not think winter is quite done with us even if it seems it never turned up.....

In recent years spring has testified winter weather can easily strike in this transitioning period from winter to spring. There are roughly 3 to 4 weeks remaining in which widespread swathes, can see a wintry pattern you may be fearful to know and indeed it is premature to say winter is over. Although a sizeable chunk of mild weather to get through first if so. We may have passed the point of temperatures remaining below freezing and continuous lying snow cover away from high ground. The arctic itself is its coldest early March its time of year where we see maximum arctic sea ice extent. Well into spring northerly airstreams can be potent exemplified in 2016 the capital had some flakes at end of April some of the latest snow I can remember, with the frequency of E/N/NE winds is greatest in spring it's not so surprising. And I wouldn't be so surprised if we winter has a final encore.

Sudden Stratospheric Warming declared (05/01/21) - what does this mean for our winter weather?